Create an Account - Increase your productivity, customize your experience, and engage in information you care about.

The Bethlehem Police Department will continue to profile cold cases on this website in an effort to gain leads and information on these cases.  Please sign up for E-News alerts (News Flash - Police Press Releases) and check back on this site regularly.  The publication of cold cases and the increased use of technology and social media has been shown to provide new information and leads on cases from the past.

The Bethlehem Police Department continues to investigate the 1981 finding of human remains, in an effort to identify the decedent.

DNA of the decedent is now on file, however, NYS law currently prohibits the use of this DNA for familial DNA testing. The law is very strict on what DNA samples can be tested for familial comparison, and the identification of an unknown person is not authorized at this time. We are exploring the options of testing it through an outside vendor, however there are implications with this and we are researching all possible options before the next step in the case is taken.

On Friday, April 3, 1981, the partially decomposed remains of an adult male were found in a wooded area off of private property in Delmar, adjacent to the rear of the Elm Avenue Town Park (see image below).  The remains were found by the landowner as he was attempting to repair a fence that was damaged over the winter.

At the time the decedent was determined to be 30-60 years of age, a white male, and approximately 5’11”-6’2” and 210-230 pounds (estimated based on clothing sizes and demographics). The decedent was found wearing a Vanhusen shirt, plaid, with brown, blue, yellow and red lines in it, an olive-pea green colored jacket with a zipper front and hood with fur lining, Hager slacks (size 44), white jockey style shorts (size 44-46), a black belt with a ten dollar price tag on it (size 44), and Moccasin/loafer style shoes with very little tread wear on them.

Based upon the investigation, it is believed that the decedent died around the first or second week of January.  The decedent had in his possession the January 1, 1981 copies of the Spotlight Newspaper and Ravena News Herald Newspaper, small ripped up notes from a small spiral notebook, which contained phone numbers of various churches, CDTA, and local stores, as well as the remains of a bus ticket (not identifiable).

As a result of the recent re-opened investigation Bethlehem Police have obtained a DNA profile on the decedent.  Dental records are also available.  The decedent had multiple fillings in his teeth, which appeared well-cared for, and also showed signs of teeth grinding.  The Bethlehem Police Department is exploring the possibility that the decedent was in the military at some point in their life, but this is not confirmed as of this time.

In April of 1981, the decedent was buried in Graceland Cemetery in Albany, in a pauper’s grave.  This case has been loaded into the National Missing and Unidentified Persons System (NamUs), and is available for public viewing at https://www.namus.gov/UnidentifiedPersons/Case#/15545.

Anyone with information on this case is asked to contact the Bethlehem Police Department, at 518-439-9973 or tips@townofbethlehem.org. 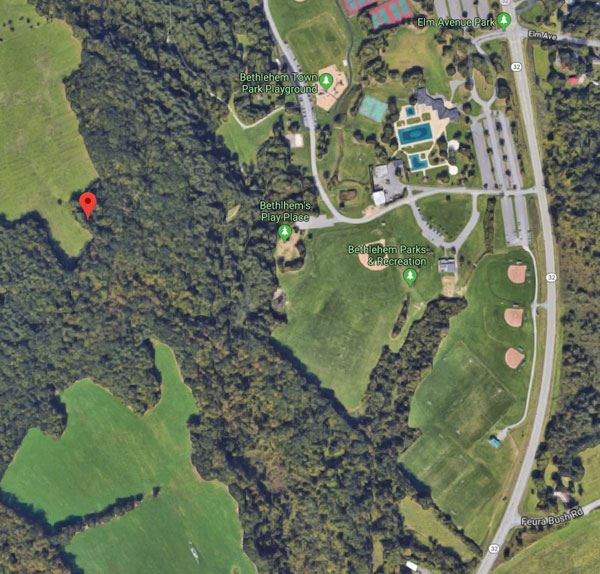